And now for something a little different...

I don’t often post the “hobby” art that I do, since it’s somewhat esoteric, and unless you’re into the same hobby, it doesn’t make a lot of sense. In this case I’m making an exception since the piece in question is one I’m extremely proud of, and has a significant amount of story behind it.
The SCA (Society for Creative Anachronism) is hard to describe to anyone not already involved. It’s a society that celebrates the Medieval Ages as they should have been, and hosts events for Armoured Combat, Arts, Sciences, and yet embraces a few things that didn’t exist in those times (sanitation being my favourite modern addition.) The society, being run purely by volunteers and the efforts of its members has a series of awards to give to those who have earned specific honours. In the of () the vast majority of the awards that are given out are accompanied by hand illuminated documents or scrolls, decorated by the very talented artists and calligraphers among the membership.
The top service award is the “Order of the Pelican” which sounds silly until you know the details behind the name. The myth surrounding the creature is that if in hard times and no food can be found, the parent Pelican will pierce its own breast and bleed, to feed its starving chicks. The service award is based off the myth, to illustrate the sacrifice and work that someone deserving of the honour has put into the Society to make it a better game for all. (Ie, the badge of the award:) 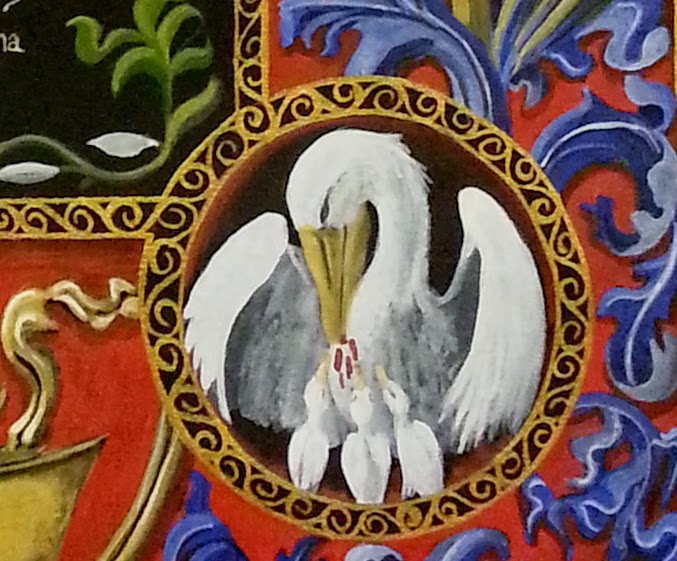 It just so happens that a very good friend of mine has been active in the SCA for years, and was elevated to the Order of the Pelican this past Saturday. (For the record, she is an incredible lady, and the honour was very well deserved.) While she knew she was getting a scroll from me, she was not allowed to see it before I had finished it and it was presented in the ceremony. 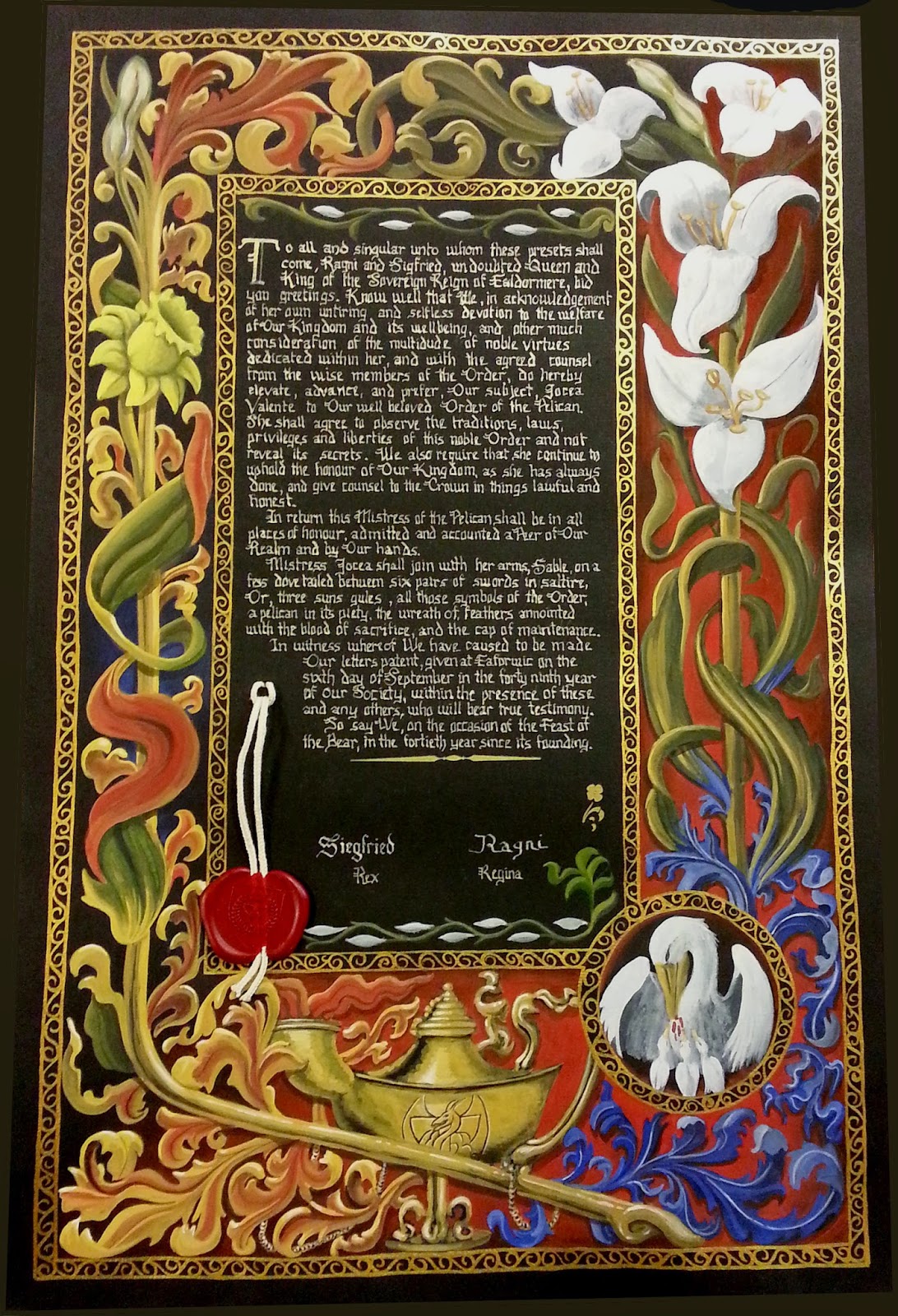 The scroll was done with gouache and a tempera gold, the calligraphy in Speedball gold ink, on black Canson parchment. It is based on a piece from the collection, the Ten Virgins.
One of the things I enjoy doing for scrolls like this is personalizing them, to make them specific to the recipient. 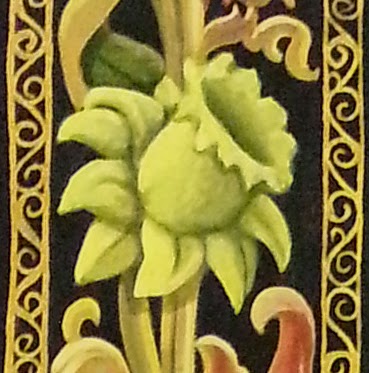 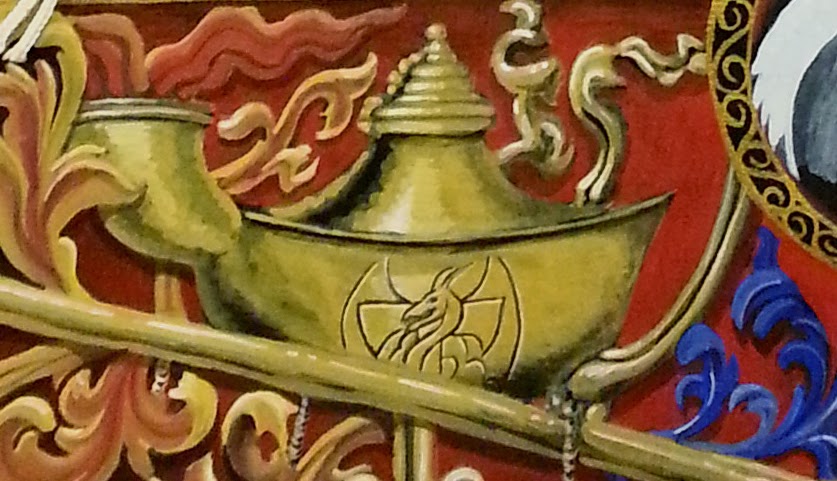 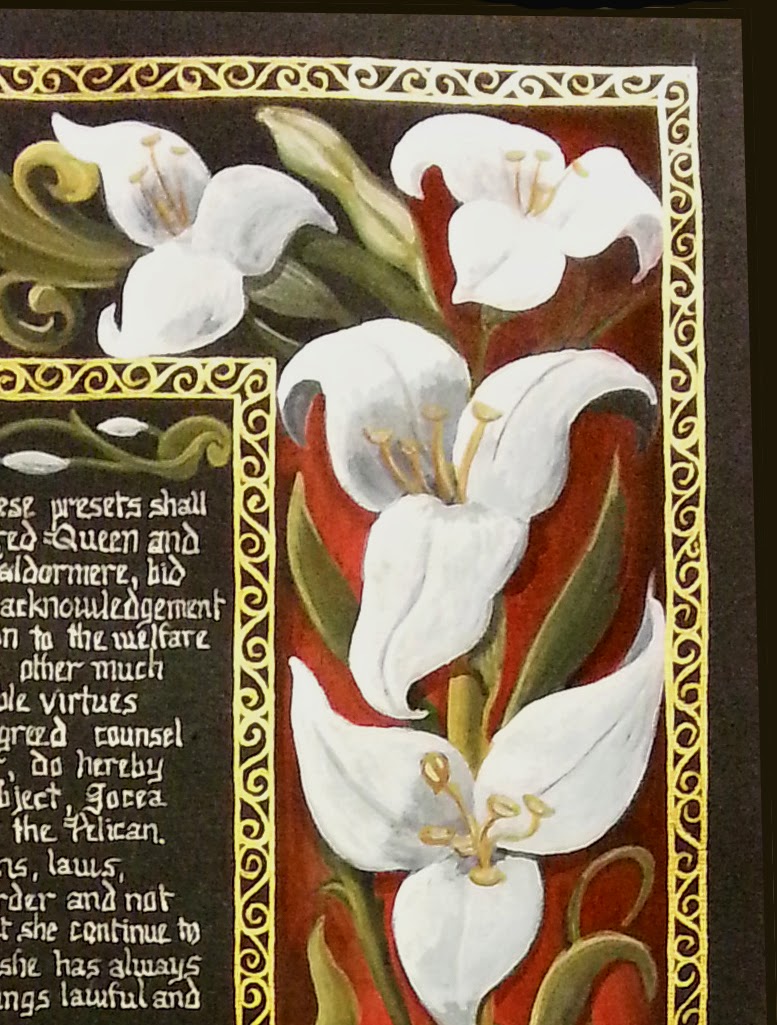